As of Mar 13th, all our tours and activities are cancelled due to the coronavirus crisis as advised by the Bulgarian authorities.
We’ll notify you as soon as the circumstances change.

Does architecture fascinate you? Would you like to hear some interesting ideas about sustainable urban planning and discuss them with well-known architects from around the world? Do you want to share your vision of a city of the future? Well, if the answer to all these questions is “Hell yeah!” then you should definitely visit the 6th edition of Sofia Architecture Week!  From the 22nd of November untill the 1st of December, the guests of the festival can enjoy all kinds of entertaining and educational events related to architecture! This year the theme of the festival is “Future city” and for the first time SAW takes place in Plovdiv! The official opening is on the 22nd of November, at 19:00, at the House of culture.  Later, the ceremony continues with an opening party at club “Gramophone” on 37 Kniaz Aleksander Batenberg at 22:00. The first weekend of the festival hosts 9 exhibitions. Six of them are of the famous architect studios – Atelier OSLO, Mjolk Architects , Amin Taha Architects, […]
Do you like it?0
0 Read more 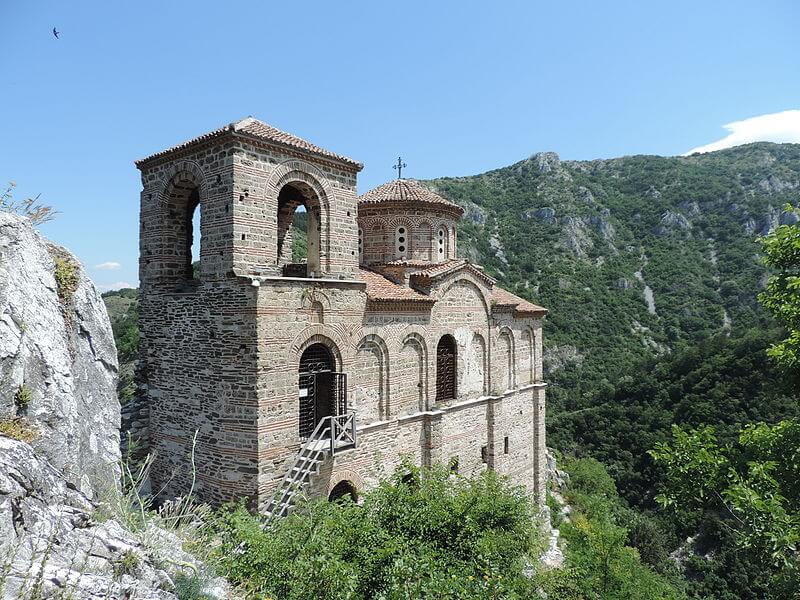 The Asenova Krepost (Asen’s fortress) – Working Hours and Ticket Prices Working time: 10:00 h – 17:00 h (November-March), 10:00 h – 18:00 h (April-October);Wednesday, Thursday, Friday, Saturday and SundayTickets: Adults – 3 lv; Children – 2 lvGPS: 41.986466,24.872957Tel: 089 487 7880   If you have finished your tour in Plovdiv and you are eager to visit another interesting destination in the region, we strongly recommend the Asen’s fortress („Asenova krepost” , „Асенова крепост”).     Location of Asen’s Fortress (Asenova Krepost) This fascinating place is seated on a high, rocky ridge in the Rodopi mountain, on the left coast of the Asenitsa river, about 2-3 km south from the little town of Asenovgrad (“the town of Asen”) and 20 km south from Plovdiv. The castle was built during the reign of Byzantine Emperor Justinian the Great in VI century. A stone inscription says that in 1230 Ivan Asen the Second rebuilt the fortress after he won the glorious battle near Klokotnitsa. The place is known also as “Stanimahos” (Станимахос) […]
Do you like it?1
0 Read more
Categories

​Our First Birthday is coming up!!!

One year ago locals from Plovdiv together with guides from Free Sofia Tour Association (now Association 365) took the initiative and started a walking tour in Plovdiv. The name was easy to choose- Free Plovdiv tour- connecting the name of our city and the name of our organization. The date was the 13th of July, Friday, which is our lucky number (our two other projects were started on the very same date- the 13th of August 2010 and the 13th  of April 2012. One year later we look back and smile – we’re now better, wiser and a bit more experienced guides. But all of us still remember the first thrill and the first nervous “Hello, I will be your guide today.”   For the past one year  we had a lot of fun, met  new friends and build a great team. Here are some of the achievements we managed to accomplish: Almost 2000 guests from all over the world have joined the Free Plovdiv Tour and discovered the city with […]
Do you like it?0
0 Read more
Categories

Lyusien Shevalas is Swiss by birth, but his heart always belonged to Plovdiv Lyusien Shevalas graduated from the Forestry College in Paris. He worked not only in Europe, but also in Africa, Brazil and the Ottoman Empire. In Bulgaria he came at the invitation of knyaz Aleksander Bogoridi.  That was after the Liberation of Bulgaria and he was given the task to teach Bulgarian gardeners to design beautiful gardens, like the ones in Europe. In Plovdiv Once in Plovdiv, he fell in love with the city. The Gardner knew in his heart that he will never leave. He gave it his best effort and Plovdiv bloomed in his care. Shevalas created his best work here and his gardens are still appreciated and loved today – over 130 years later. In 1901 he received the award for Honourable Citizen of Plovdiv. Since then he was endearingly called the Minister of flowers. And it’s no wonder – he transformed what was a wasteland into a beautiful park with bamboo, palms, pines, cacti […]
Do you like it?0
0 Read more
Categories

Free Plovdiv Tour and its summer schedule since the 1st of June – everyday at 6 pm. With summer lurking round the corner and hot summer days are taking over to Plovdiv. In this regard, Free Plovdiv Tour changes its initial hour during the summer season, so there won’t be any fainting, tiered or bored by the heat tourists. From 1st of June onwards the free walking tours will take place at six o’clock pm. The venue is known – under the clock of the Central Post Office near the Tourist Information Centre Plovdiv. The change in the schedule is made so as to better accommodate guests and partners of the tour. It marks the beginning of a new permanent schedule of the tours – from October to April inclusive the tour will take place at 2 pm, and from May to September at 6 pm.
Do you like it?0
0 Read more
Categories

There are many stories about Sasho the Sweetheart. Some of them are true, some are little white lies for us to remember him by. One thing we know for sure – Sasho was truly a sweetheart. Sasho the Sweetheart was born Aleksandar Nikolov on September 15, 1917. He was a famous musician, poet, painter and spoke five foreign languages. Music was his greatest passion, though, and this passion led him to graduate from the Music Academy in Prague and later on play in the famous restaurant “Bulgaria”. Some of his contemporaries say that he had something of a Viking presence, hot Macedonian blood and Slavic pride in him, hence the dreamy looks he received from the ladies. Sasho was also very witty and talkative and had a joyful disposition and loved to tell jokes, that’s how the nickname the Sweetheart came to be. And even though people from Plovdiv loved Sasho, politician weren’t so happy about him and his jokes and music. Even nowadays we can hear some of the […]
Do you like it?0
0 Read more
Categories

It's that time of the year again – we need you! Once again Free Plovdiv Tour is looking for locals with long-term dedication to the first regular free sightseeing walking tours in our oldest city. Do you want to work in a young dinamic team, meet a lot of interesting people and have fun doing it? If so, your place is with us. Become a part ot the Free Plovdiv Tour team and you will enjoy every last minute. If you join us, you would: be part of a motivated and enthusiastic team of young professionals benefit from being in an international environment practice your public speaking… …with people from 6 continents work on exciting projects, including your own ideas get a jump start on networking have an opportunity to write for an online media pass a preparation course for free be on the news You are the perfect candidate, if you: love Plovdiv and Bulgaria are Bulgarian and speak fluent English (other languages are a plus) have international experience (preferably […]
Do you like it?0
0 Read more 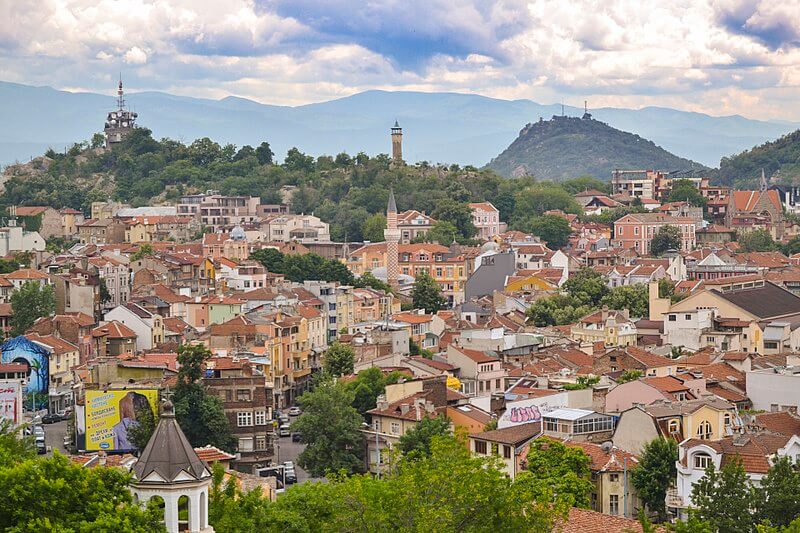 What to do for free in Plovdiv

You are at the right place. Plovdiv is one of the cheapest cities in Europe. According to calculations of PriceOfTravel, backpackers need around BGN 30 per day for their stay in Plovdiv. Accommodation for free The best option for a free accommodation is to stay with a friend. Do not forget to bring something to your host for “Thank you“! In case you have no friends here,check sites such as Triptrotting and Couchsurfing. These are corporations based that offers theirs users hospitality exchange and social networking services. A practice of moving from one friend’s house to another, sleeping in whatever spare space is available, floor or couch, generally staying a few days before moving on to the next house. Transportation for free To go around the city is not that hard. Most of the sightseeing’s which you definitely have to see are in the center. If you are walking in the city you do not need to use the public transport. Museums, galleries and churches for free In Plovdiv there are many churches and none of them has an entrance fee. However, […]
Do you like it?0
0 Read more 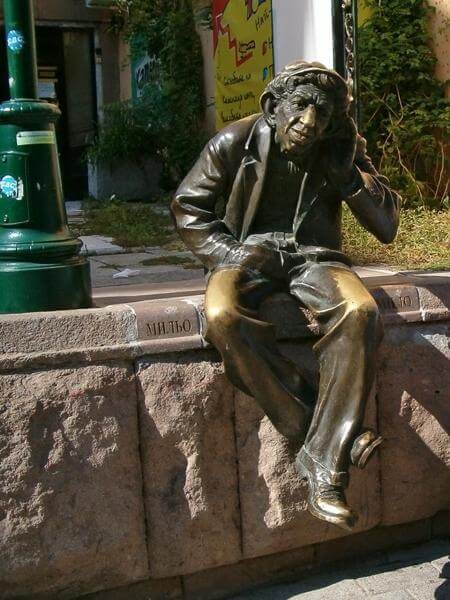 We all know that Plovdiv is a city with a lot of stories to tell. But the real, beating heart of the city are its citizens. Miljo the Crazy was one of the well known people in town. Miljo the Crazy The ones that plan to (or have already) visit the tour probably know the story of Miljo the Crazy. That is the charming idiot, who made people laugh and remember what it really is to be alive. Even though he was mentally unstable and a laughingstock a bit too often, Miljo remains a big part of the Plovdivian spirit. Even after 40 years, people still remember him with a smile. Noone minds, that Bulgarians from other cities judged them for making a monument for a crazy guy. Why is that? Every person from Plovdiv knows – Miljo is a symbol of everything purely, Plovdiv’s mascot, loved and befriended by everybody in town, was known for his good heart, flirtatiousness and gossip of his “gift”. If you come to Plovdiv don’t forget […]
Do you like it?0
0 Read more
Prev page
1...8910