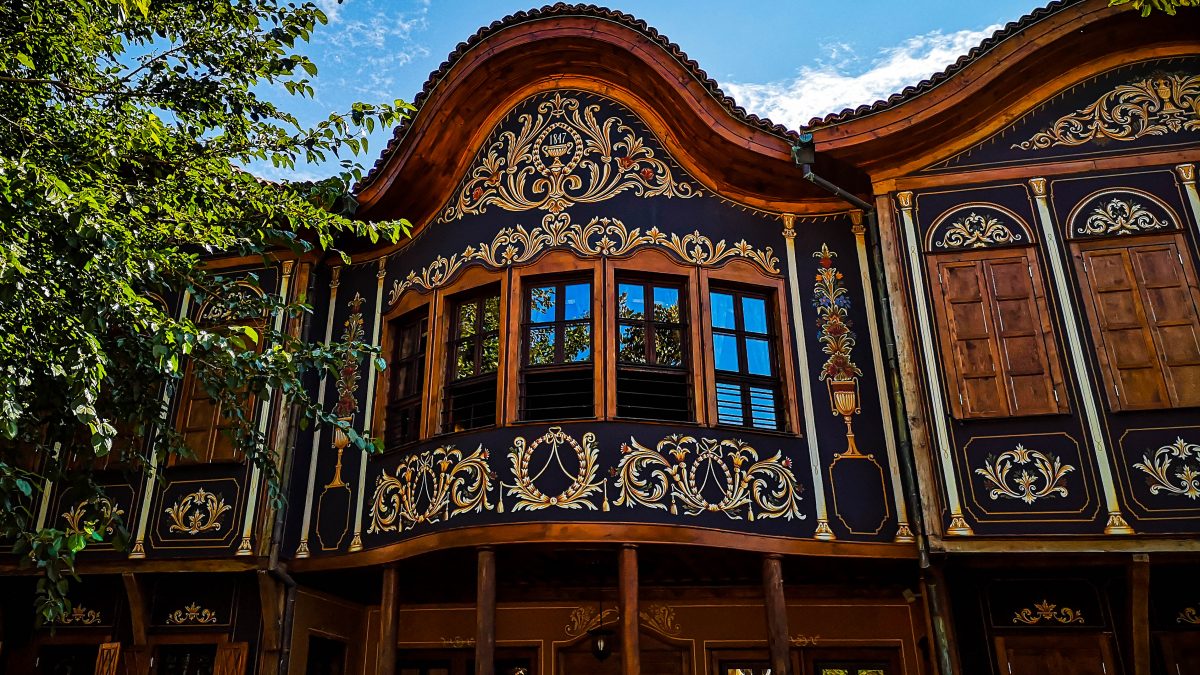 Plovdiv is an amazing city and you definitely need to explore as much as you can while you are here. We have prepared an essential list of stops for a self-guided tour, so that you can enjoy the city even without one of our charming guides.

Where to start your self-guided tour of Plovdiv?

The Free Plovdiv Tour starts in front of the main Building of the City Hall (1 Stefan Stambolov sq.). We have chosen that place for a meeting point not only because its noticeable, but also because it’s a good starting point for exploring the interesting sighs on the main pedestrian street in Plovdiv. Here, in the garden in front of the building itself, or on the flags you can find the Coat of Arms and Motto of Plovdiv.

Stop 1: Coat of Arms and Motto

Ancient and eternal reads the motto. Check it carefully, because on it you will find important clues for some of the other stops you are about to visit. Did you find our national symbol – the lion? And the symbols of Plovdiv itself – the river and the hills?

The next thing you can do is go behind the building and check the square there. It’s like a time machine! It’s where you’ll see part of our Roman Forum, a garden from the Post-Ottoman period, buildings from the period when Bulgaria was a parliamentary monarchy, the post office, which is obviously from the Socialist time. And a square that was renovated when Plovdiv was the European Capital of Culture in 2019. Now isn’t that a good spot to start your walk around a town that survived many centuries of different rulers, tribes and nations?

Stop 2: Statue of Milyo the Crazy

The city mascot and the talisman of the pedestrian street, Milyo will bring you good luck in love if you rub his knees. And behind him you will see two important things – the motto of the European Capital of Culture 2019 – TOGETHER. And also one of the city’s seven hills – Sahat tepe.

Built in the second century, it used to be 240 meters long and 50 meters wide. Furthermore, it could hold up to 30 000 people, which is quite impressive. The stadium was used for different sport events, games, chariot races, musical performances and many more. It was rediscovered in the 1920s.

Dzhumaya Mosque is one of the oldest mosques on the Balkans, since it’s considered that the original mosque was built on the place of a Christian temple in the 14th century. In the 15th century Sultan Murad I demolished that building and replaced it with the one you can see today. Dzhumaya Mosque is the main mosque in Plovdiv and it’s open for visitors.

Kapana means a trap. And this is the most popular neighbourhood in our city today, because – well, you don’t want to leave it. Dating back to the Ottoman period it had a very dramatic destiny in the last hundred years. Kapana changed from a deserted dull place to the colorful lively district you see today just several years ago.

Entering the Old Town of Plovdiv from the underpass near Kapana district you will find yourself near the Balabanov House. This is probably the most famous Revival House in the city and one of its symbols. It’s a very good example for the typical Bulgarian revival architecture style. And if you just look around you will see many more such houses. Most of them are museums, galleries or hotels today.

Hisar Kapia is the only gate preserved from the inner defensive wall of ancient Plovdiv. The original gate was built in the 2nd century. Beside it you see a dark magnificent Revival house. This is the Ethnographic museum of Plovdiv. It is also famous with the name Kîyumdzioglu House. Built in 1847 today it is still considered one of the most beautiful places in our city.

Nebet tepe is the place where it all started. 6 000 years BC people settled on this place and since then Plovdiv has always been inhabited. Which makes it the Oldest Living City in Europe. Around you see parts of the fortress and the defensive wall of the city.

Tepe means a hill. On our Coat of Arms you saw 7 hills. Can you find all of them from the top of Nebet tepe? And the Maritza river?

St. St. Constantine and Helena Church was built in 1832, which makes it the oldest church in Plovdiv. It’s named after the Roman emperor Constantine and his mother. Can you guess why? The church is a richly decorated beautiful Orthodox temple, hidden behind high walls.

The most iconic landmark of Plovdiv – the magnificent theater that was built at the end of the 1st, beginning of the 2nd century. It was used for theatrical and musical events, city gatherings and so on. In the past it could hold up around 6 000 people. Today, we still use it for different cultural events, but you can visit it as a tourist attraction every day. The Roman theater of Plovdiv is considered one of the best achievements of the Bulgarian Conservation School and is definitely an impressive place to finish your self-guided tour.

We really hope you will manage to discover the beautiful Plovdiv even by yourself. Keep in mind that there are many more places outside this self-guided tour that are worth visiting and exploring. One of the big advantages about joining the Free Plovdiv Tour is that you will have a local for a guide, who will be able to give you personal advice and recommendations. All our guides have their own unique style of guiding. Furthermore, they all have additional favorite stops which they add as a bonus to the tour and funny personal stories that make the experience more memorable. Still, if you prefer to walk alone, we promise Plovdiv will be the perfect company – interesting, impressive and gorgeous. 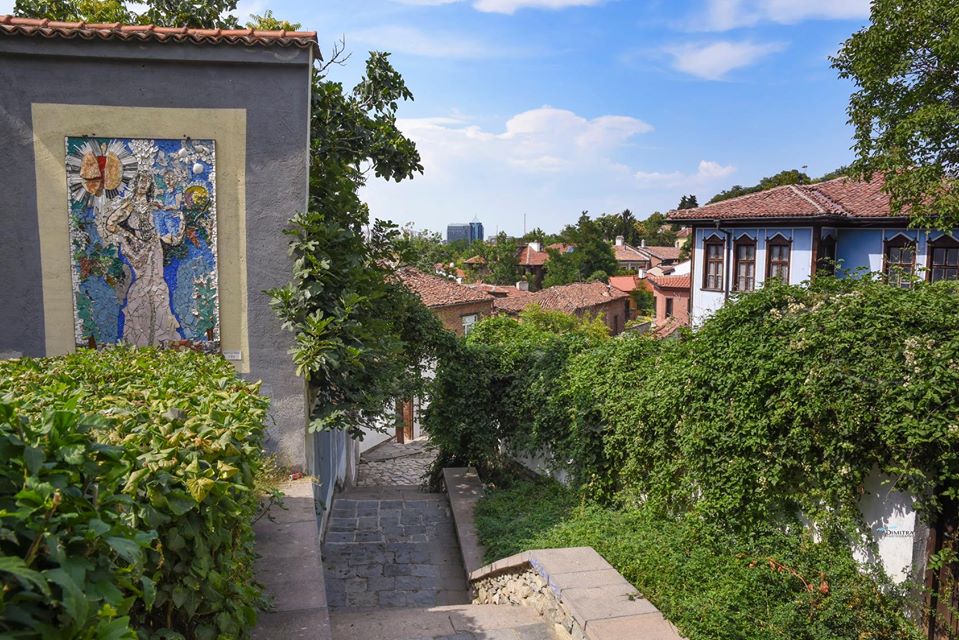 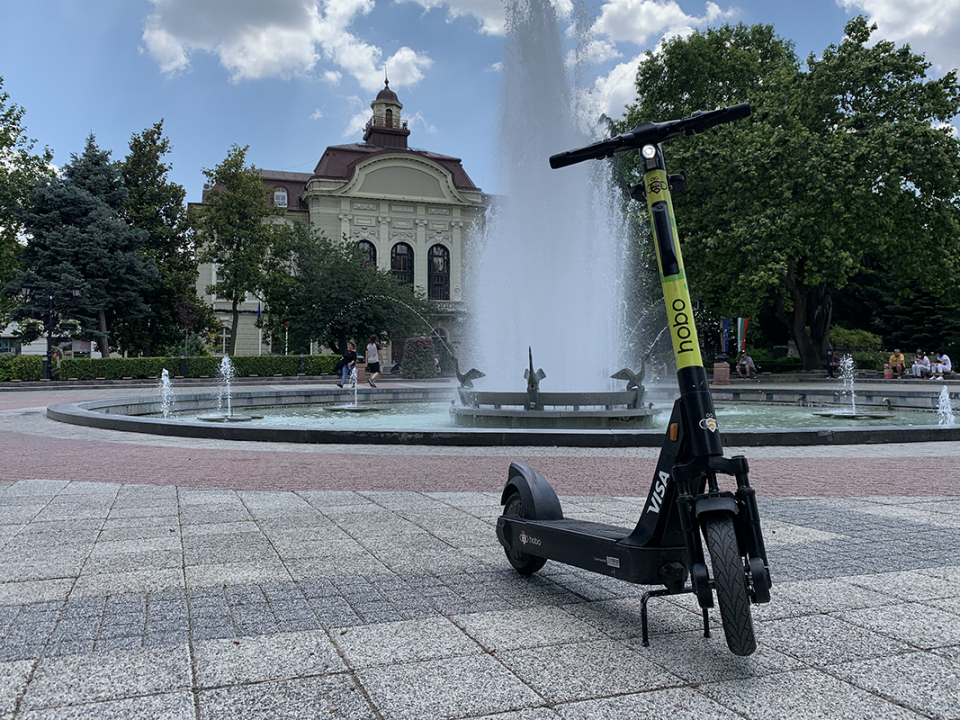 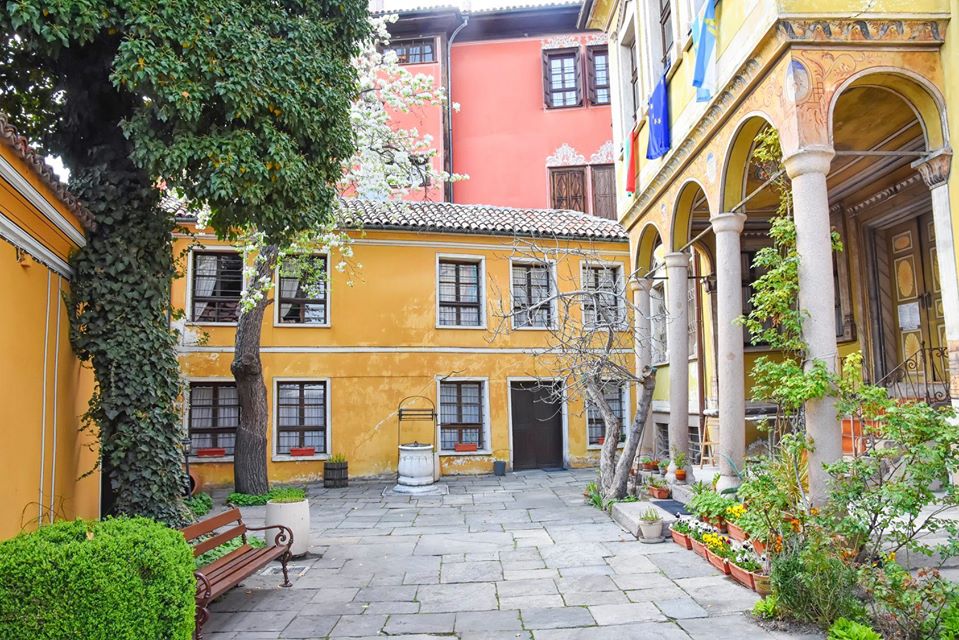