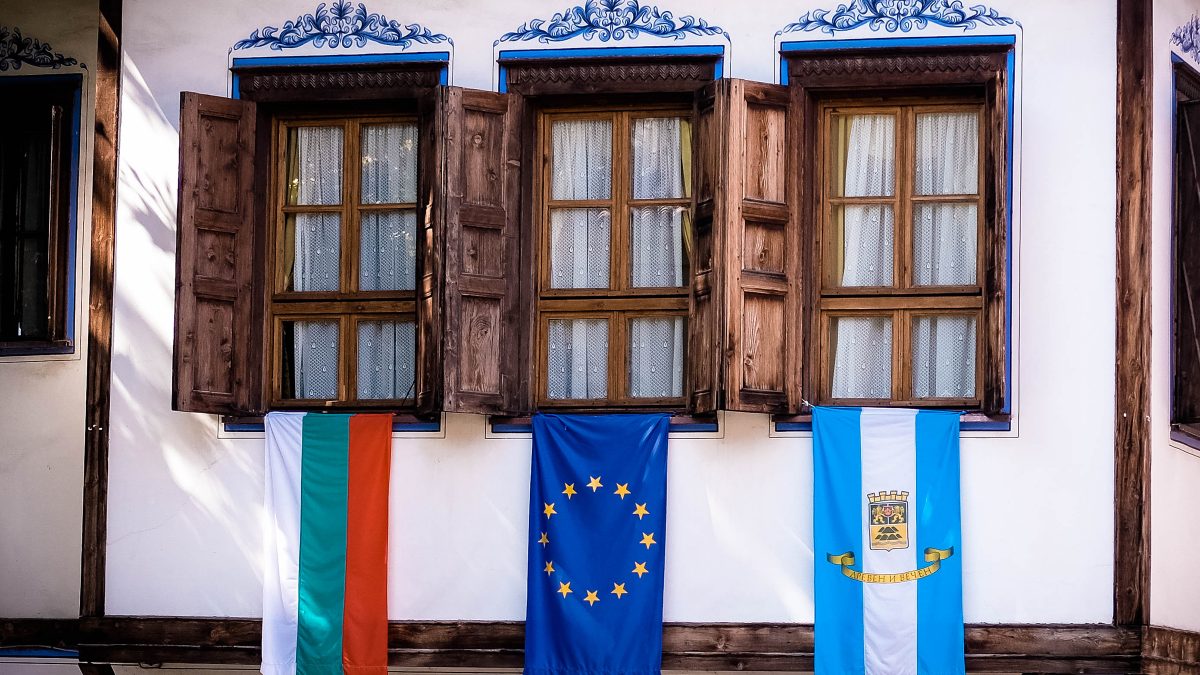 Every person who ever walked in the Old Town of Plovdiv was stunned with the beauty of the Plovdiv Revival Houses.

At the end of the 18th century and especially during the 19th century, rich merchants were trading with Europe and the Orient. They had an understandable ambition to demonstrate their wealth by building large luxurious homes. Bulgarian craftsmen, skilled architects, masons, carpenters and painters combined their skills, proving extremely effective for the prosperity of the buildings in Plovdiv in those years.

During this time Plovdiv was an important economic center. Because of that, many wealthy and educated people who lived in the city traveled extensively in Europe. From their travels, they brought not only exotic goods but also new cultural ideas. Wealthy merchants showed their wealth by building beautiful, richly ornamented houses which as a result became symbolic for the Old Town.

The new houses were symmetrical – they had an oval hall with 4 rooms in the corners, erkers (sort of architectural windows/balconies)and gossip rooms on the top floor. In the world of architecture, they received the name the “Plovdiv houses”. Besides the beautiful architecture, the rich Revival Houses had additional extensions such as marble wells, storage for valuable goods, outbuildings for their servants and even Turkish baths. The colorful decoration of the facade with beautiful ornaments is especially emphasized. Also, the interior is having with rich frescoes and carvings on furniture, ceilings and stair railings.

In between all of the houses we can distinguish the one of the renowned merchant Stephan Hindliyan. The house is very preserved, standing out with unique lavish details that cover all the walls and ceilings. It was built in the middle of the 19th century.

Nowadays Hindliyan House is a museum and part of the 100 Top Tourist Sites of Bulgaria. The interior of the house is proudly decorated with the majestic artwork of Stockholm, Lisbon, Venice, Alexandria, and Constantinople’s landscapes. But to top it, even more, the house is famous for its incredible rose water fountain on its second floor. Furthermore, it’s having the only internal bath with running hot water in the entire neighborhood.

The former home of the prominent merchant Nikola Nedkovich is a hidden jewel in the Old Town of Plovdiv.

The house was built in 1863. Its facade is considered to be the most richly decorated among all the other houses in the neighborhood. Furthermore, it is impressive in size and by visiting it you can find authentic items left there by its first owners. Also, the house is having wooden carved ceiling and wall murals which were preserved from the middle of the 19th century.

This example of the lovely Revival Houses was partially restored in the period between 1964 and 1969. It was turned into a museum which is now an important part of the contemporary cultural stage of Plovdiv because it holds numerous events each year.

If you still have any doubts about whether to visit Nedkovich House or not, better take a look at the pictures here.

This is a house a little bit different than the rest of the Revival Houses. Not as big, or as beautiful, but very important for the town of Plovdiv in the past – it was one of the most modern pharmacies for its time.

Dr. Sotir Antoniadi established the pharmacy in 1872. He was one of the first people to have a medical university degree in Plovdiv. Nowadays by visiting it, you won’t find a cure for your headache. That is because nowadays the building is a pharmacy museum. However, you might get the chance to travel back in time. You will see medical equipment from a century ago. Also, you will feel the romantic atmosphere of the previous century when this place was greeting its first visitors. All of them came to look for medication which at that time was produced out of natural ingredients only.

Let us introduce to you what is believed to be the oldest house in the Old Town of Plovdiv!

It used to belong to Georgi Klianti and his family. Later it has been both state and private property. Nowadays, it is a museum. The house was built in the distant 1816. Because of that, it is really interesting for lovers of history and architectural heritage. It represents probably the best example of Plovdiv’s asymmetrical house and a representative of an earlier stage of the revival architecture.

What’s very beautiful and specific about it, is the interior. The ceilings are really unique masterpieces. They are made of wood and paintings, carved and structured in various forms. The idea was to show the extreme exquisite taste, typical for the locals. Murals on the walls make the house even more impressive, for instance, the scenery of Constantinople, located on the second floor.

One of the most beautiful examples of the numerous Revival Houses in the Old Town of Plovdiv.

It was built in a beautiful style in the 19th century. The exact year can be seen above the gate (1847). The owner Argir Kuyumdjioglu was a rich merchant, like most of the owners of these houses. He left Plovdiv after the Liberation of Bulgaria. The house was then used as a factory and as a flour warehouse. Eventually, it became the Ethnographic museum of Plovdiv.

The building is impressive in size – four floors, 12 rooms (all of them with unique wood-carved ceilings) and over 130 windows.

Some 70 years ago the new house of the Museum opened for visitors. Presently it houses over 40,000 artifacts that show how Bulgarians lived through the Revival period. Additionally, there are also Photography and Library Sections. The permanent exhibit of agriculture and stock breeding demonstrates the fundamental importance of these activities for the region’s population. Some of the period’s most characteristic traditional crafts on display here are the production of woolen clothing and multi-colored woolen embroidery, pottery, copper work, and ironwork. The museum also displays a representative range of goldsmith art. There are exhibits of decorative plates and church salvers, traditional folk costumes, fabrics and rugs, musical instruments and ritual objects.

Art is represented by over 100 valuable paintings, icons, figurines, panels, carvings and works of metal.

The house is very important and emblematic for the cultural life of the city. It holds theatrical performances, concerts, exhibitions, literary evenings and meetings with artists from the country. The unique atmosphere is a symbol for the appreciation and love for art and artists.

This house was built at the beginning of the 19th century. In front of the house is the Sts. Constantine and Helena square. The huge gate from the street and its opposite wide door lead to a long corridor with a high ceiling, around which were located industrial and domestic premises. A staircase leads into the upper floor where you enter a giant glazed salon. In the middle part is the most beautiful, richly decorated wood-carved sealing. Also, around the salon, there are 4 rooms with a unique atmosphere. They are furnished with restored antique furniture, fabrics and other items. They all demonstrate the taste and abilities of the wealthy citizens of Plovdiv.

Around the Old Town, you can find many more gorgeous examples. If you want to learn more about the Revival Houses of Plovdiv consider joining our tour. And you can visit some of them for free with Plovdiv City Card!