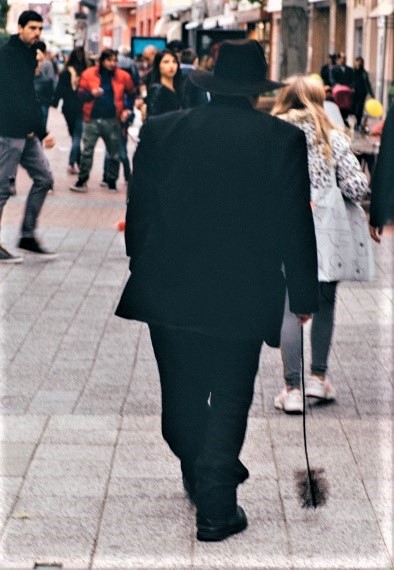 A black cat crossing your path or walking under a ladder. Knocking on wood. Friday the 13th. These are all among the „classics“ of superstition all over the world. But did you know that Bulgarians have a number of superstitions, which aren’t that common in other countries? Some of them have roots in pre-Christian rituals. Others are so old that no one knows how they came to be anymore. But all of them are quite bizarre. Here you can take a deeper look into four of the most interesting and curious ones!

The charm of the chimney sweep

Cleaning chimneys usually involves getting one’s clothes all black and dirty. Therefore, it is understandable why most people wouldn’t want to shake hands with a chimney sweep after a hard day’s work. This isn’t the case in Bulgaria. Because according to one of the country’s most popular superstitions touching a chimney sweep and getting soot on your hands will bring a person good fortune for the rest of the day. Of course, such an attempt to ensure good luck also bears certain risks. Especially if you are wearing white clothes!

As a matter of fact, this particular superstition is very popular around the country. In the 1960s it even inspired the creation of а children’s card game. It is called Cheren Petar, or, in English – Black Peter. The game features a special deck. Each of the cards is showing a person doing a specific job (e.g. teaching, cooking, cleaning and so on). The titular character of Black Peter being – you guessed it – a fully black-clad chimney sweep!

The first man through the doorstep

On the 20th of December each year Orthodox Christians celebrate Ignazhden. Despite being an obviously religious holiday, it is also associated with a number of curious superstitions. They aren’t really connected to religion. According to the most famous of them, the first man, who knocks on your door and crosses the doorstep on this day, will determine the fortune of everyone in the house throughout the coming year. Understandably, the people, who believe in this superstition, would always invite a friend or somebody they respect to visit them early in the morning. Probably because they don’t want to risk the tax collector or some annoying neighbor entering first!

A bucket of water

September the 15th has officially been the first day of school in Bulgaria for many decades. According to a common superstition, before a student leaves for school on the morning of the 15th, one of the family members – usually the mother – should pour a bucket of water in front of the doorstep. This presumably assures that throughout the coming schoolyear the process of studying will flow „as easy as water“ for the child. The headmaster or one of the teachers usually repeats the ritual in front of the school door. Just before the students enter the building for their first classes.

One of the most cherished Bulgarian superstitions is the so-called proshtapulnik (old Bulgarian word for first steps). As the name suggests, it involves a toddler making its first steps on its own. A table is set in front of the child and a dozen or so items, which symbolize different professions, are put on top. For instance, a notebook symbolizing writing/journalism, a pair of plyers symbolizing engineering, a football symbolizing sports, a stethoscope symbolizing medicine and so on. The toddler makes its first steps towards the table and then chooses and picks one of the items. According to the superstition this choice determines the future career of the child.

The proshtapulnik is also an occasion for the whole family to gather and present the toddler with gifts. So it could also be seen as the Bulgarian version of the baby shower (since in Bulgaria it’s not customary to hold a baby shower before the baby is born).

While you stay in Bulgaria maybe you will witness a strange superstition. Join our tours to find out more curious rituals and beliefs.