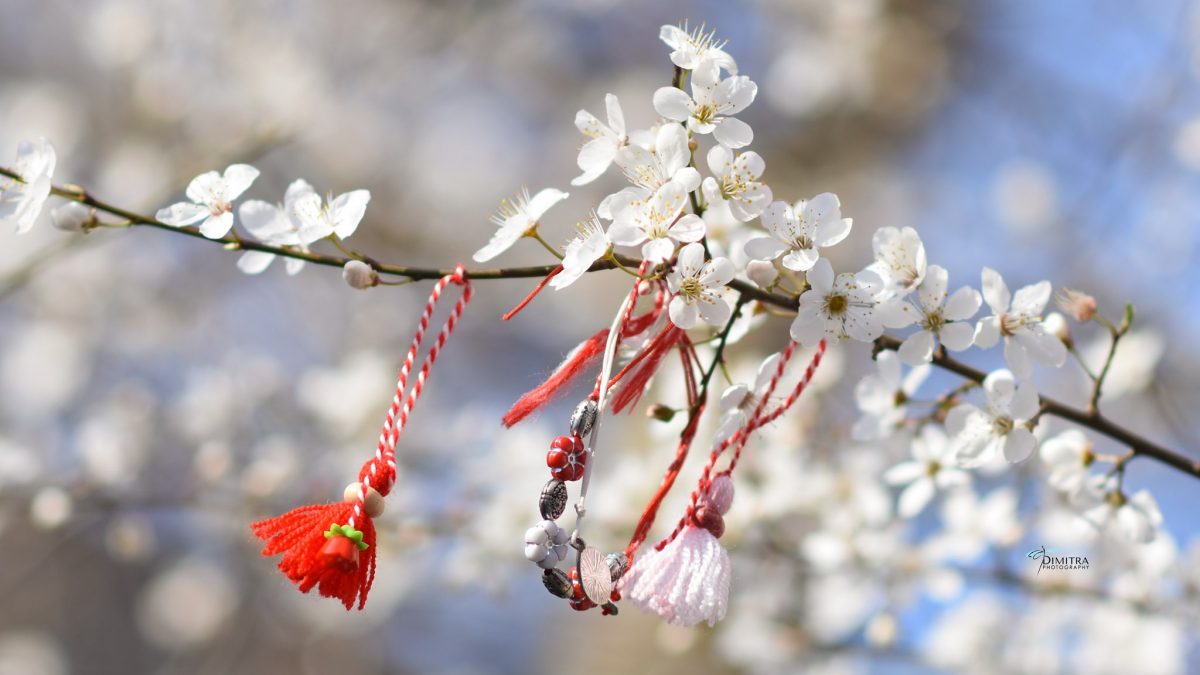 Baba Marta is a traditional Bulgarian holiday celebrated on the 1st of March.

Bulgarians believe that this day marks the beginning of spring. You can hardly see a person on the 1st March without a Martenitsa either on his coat or on his wrist.

The origin of the Martenitsa

The tradition dates back to the 7th century. Legend says that Khan Asparuh (the ruler of Bulgars in the second half of the 7th century) had a sister named Huba. She was a captive in another kingdom. One day, Asparuh sent his sister an announcement that he had found a land (southwards from the Danube river, today’s Bulgaria) for them to settle down. Huba managed to run away and reached the river. As she looked for a path, Asparuh’s sister tied a white thread to a falcon’s leg. The other end of the thread remained in her hand, but as soon as the falcon found a way he was speared by an arrow and his blood colored the thread. In the long run, Huba succeeded in finding the way to her brother’s land.

Since then, the white and red thread symbolizes health, strength, and happiness.

This is the reason why ‘Martenitsa’ is an adornment made up of two threads – one of white yarn and the other one of red. There are different types of martenitsa. The most common one is ‘Pizho and Penda’ and it represents a girl and a boy holding hands.

The most practical and easiest type of traditional adornment is the bracelet martenitsa. In order to make one, you need a ball of white yarn and a ball of red yarn. You just have to twist the two threads!

The martenitsa is worn until you see a stork or a flowering fruit tree. According to the custom, everyone should tie the martenisa to a tree or put it under a stone. From that moment on, a great number of white and red threads could be seen hanging freely from trees.

If you are interested in learning how to make your own martenitsa, then you could play the following video: