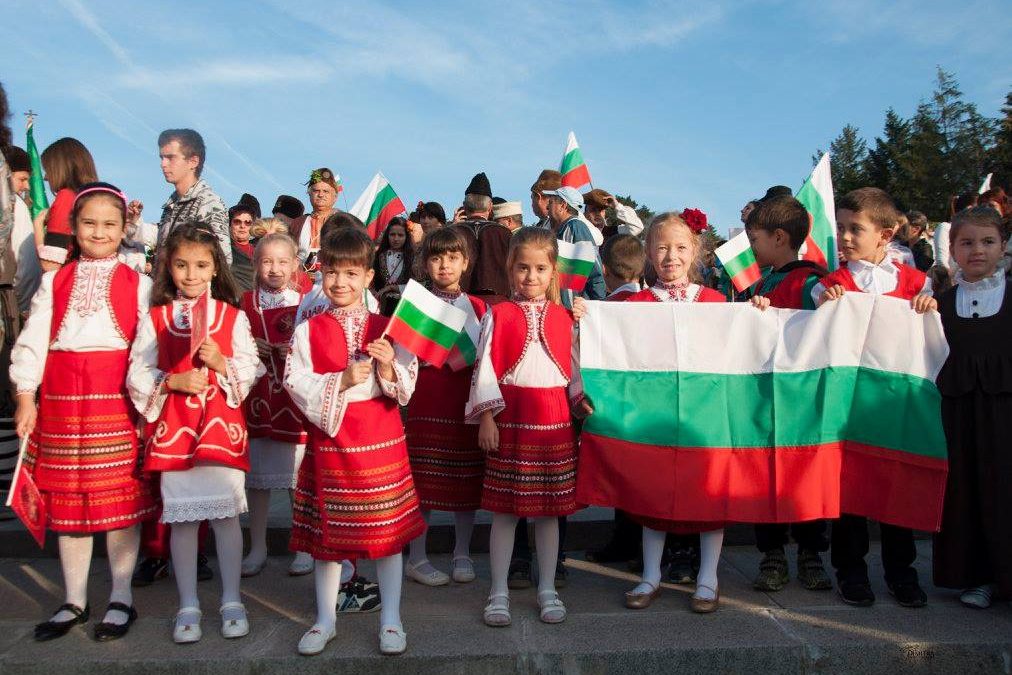 On the 3rd of March Bulgaria celebrates its Liberation Day. Why is this day so important to us and what is the history behind it?

On the 3rd of March Bulgaria celebrates its Liberation Day. Why is this day so important to us and what is the history behind it?

In the 14th century, Bulgaria fell under the Ottoman rule and its territory became part of the expanding Ottoman empire.

Our country reappeared on the map of the world again after the Russo-Ottoman War (1877–1878). This means that the Bulgarians managed to preserve themselves as a nation, keep their faith and traditions for 5 centuries while living under foreign rule.

Longing for the Liberation of Bulgaria

Before the Russo-Ottoman war, the Bulgarians tried to achieve liberation on their own by organizing uprisings. Sadly, all attempts were unsuccessful, but in reality they served an important purpose – they showed the rest of the world that Bulgaria still existed and deserved to be independent.

The April Uprising of 1876 was the one that had the biggest significance for the re-establishment of Bulgaria. The rebels were brutally suppressed by the Ottoman forces, which resulted in a public outcry in Europe. Many famous intellectuals, writers and journalists condemned the Ottoman atrocities and expressed their support to the oppressed Bulgarian population.

In this article, we present 3 of the places in our country that are deeply associated with the Liberation of Bulgaria. Today they are national symbols and dear to the heart of any Bulgarian.

Considered the place where the April uprising began, Koprivshtitsa preserves the Revival spirit of Bulgaria even nowadays. The town was one of the centers of the April Uprising in 1876. Here was fired the first shot against the Ottoman domination. At the beginning of May, a force of 5000 bashi-bazouks (irregular soldier of the Ottoman army) surrounded the city. Koprivshtitsa was raided, many people were killed, the rebels were captured and sent to Plovdiv for a trial.

Koprivshtica is situated 111 km east of Sofia in Sredna Gora mountain. If you want to travel back in time and visit Revival Bulgaria this is one of the best destinations. Here you will find lots of authentic architecture examples, house-museums where you will see beautiful collections of ethnographical treasures and impressive old weapons.

Batak and the church “Sveta Nedelya”

Just mentioning the name Batak can make any Bulgarian shiver because of the Batak massacre in the April Uprising. Batak was given a difficult task in the rebellion – not only to defend itself but also to take possession of the storehouses in the surrounding villages and to ensure that the rebels would have provisions. They also had to block the main roads and keep the Ottoman soldiers from receiving supplies.

A big and strong force of bashi-bazouks was sent against the Bulgarians. Batak was surrounded, many houses were raided and burned. People hiding in the houses were pushed out, stripped out of their valuables and clothes and many of them were brutally killed. Another example of the brutality of the bashi-bazouks was the burning alive of almost 200 people, who were hiding in the basement of the local school.

The last hideout of the Bulgarians in Batak was the church “Sveta Nedelya”. Inside they managed to defend themselves for 3 days without any supplies. On the third day, the survivors decided to go outside, already knowing that their fate was decided. What followed was a terrifying massacre.

The events in Batak were shocking for the rest of the world. The Ottoman authorities tried to hide the traces of the event before the visit of some foreign commissions that were supposed to inspect the village. Obviously, this was not possible and this time the world couldn’t close its eyes and let such terrifying events occur again.

The church Sveta Nedelya didn’t function as a temple after the Liberation of Bulgaria. The remains of the people killed in the Batak massacre are kept here. Since 1955 the church was turned into a museum. Since 1977 “Sveta Nedelya” has been a national historical monument of the Bulgarian culture. If you visit the place, goosebumps are guaranteed because one can easily sense the gruesomeness of the events from 1876.

The defense of Shipka Pass consisted of several battles between the Russian Empire and the Ottomans for gaining control over this vital strategic location during the Russo-Ottoman War. The Russians were assisted by Bulgarian volunteers who played a significant role in this event.

The crucial moment came in August 1877, when a group of 5,000 Bulgarian volunteers and 2,500 Russian soldiers repulsed an attack of 40,000 heavily armed Ottoman soldiers headed towards the St. Nikola peak. At what seemed to be the end of the battle when ammunitions were gone the defenders of the pass started throwing rocks and bodies of fallen comrades against the Ottomans. Luckily, Russian reinforcements came on time and the Ottomans didn’t manage to take the Shipka Pass.

The victory at the Shipka Pass was crucial for the progress of the war. If the Ottomans had the chance to take the pass, they would be in a position to threaten the supply lines of Russian forces in Northern Bulgaria. The war would be then fought effectively only in North Bulgaria from that point on, which would probably result in very different peace negotiations after the war. Luckily, the Russian soldiers and the Bulgarian volunteers managed to prevent a major breakthrough for the Ottomans.

Today you can visit the magnificent Shipka monument and the park museum around. On March the 3rd Bulgarians gather there to celebrate the Liberation Day.

Of course, those are not the only places connected to the Liberation of Bulgaria and the Revival period. But every visitor to our country needs to start somewhere.